In TimeSplitters 2, Jo-Beth was a rather small girl with glasses. She wears her hair in pigtails and is wearing a school girl uniform. She had no appearance in Story and was featured in one Arcade League and quite a few bot sets. Her same personality from this game is referenced in TimeSplitters Future Perfect, sneaking out of her parents' house, fighting monsters.

In Jo-Beth's return in TimeSplitters Future Perfect, her attire has become rather risqué. She still wears her hair in pigtails, and once again wears a red plaid miniskirt. However, she now wears a t-shirt with "SLUT" written across her chest, and wears a backpack with a cyan teddy bear attached to it. She meets Sergeant Cortez as she attempts to sneak into a supposedly-haunted mansion; he catches her off guard as she's climbing through a window and pulls her down. She then mistakes him for a zombie and kicks him in the groin, after which she takes a picture of him. She then realises her mistake and goes along with him into the mansion.

Jo-Beth Casey has appeared in some TimeSplitters 4 artwork, referencing Whore of Babylon featuring Jo-Beth's appearance mixed with a nuns, wielding a chainsaw with the text Saw of Babylon. There is an old church behind her, probably the one she is a member of, with the text "Our lady of the mixed blessing" over the door. It is stylistically quite similar to the Mexican Mission.

Main articles: Mansion Of Madness (Story) and What Lies Below

Jo-Beth, a girl from Connecticut, played a secondary role in the Mansion Of Madness mission. Originally, she was trying to join Donny's gang. To prove that she was good enough, she was told to get pictures of the haunted mansion, as rumours circulated about zombies in there. Refusing to leave, she followed Sergeant Cortez into the mansion to investigate.

Cortez and Jo-Beth, after defeating Princess, ventured into the catacombs and laboratories beneath the mansion. Jo-Beth got separated from Cortez, and a number of Changelings tried to copy her form. After Cortez found Jo-Beth tied up, she continued to follow Cortez until they were separated a second time. Once again, Jo-Beth was stuck, leaving Cortez to fight off Princess once more. After Crow set off a timed bomb, they had little time to escape before the mansion fell.

After narrowly escaping from the mansion, Cortez and Jo-Beth find Old Crow discussing his plans with Young Crow, before they disappear using the time device. Cortez then does the same using his uplink, leaving Jo-Beth alone and bemused.

Alternate costumes and design concepts of Jo-beth Casey. The middle image was to be her alternate school-girl costume in TimeSplitters Future Perfect. 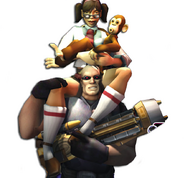