It features a small warehouse/office building for sniping, and a small compound with stacked containers for hiding behind. When it re-appears in TimeSplitters 2, the bot set suggests that it is set in the same time period as NeoTokyo, which is further backed up by the weapon set. 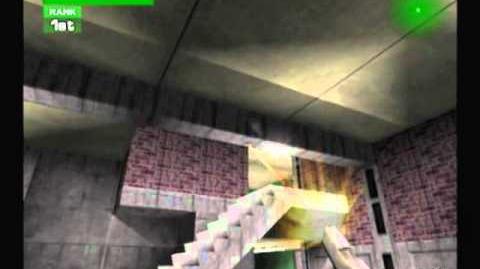 The helicopter as it appears in TimeSplitters.
Community content is available under CC-BY-SA unless otherwise noted.