The Undead Glitch, more commonly known as the Chicago Glitch can make Chicago on Hard much easier.

This has only been tested on Co-op, and by theory, can only work on Co-op unless it is activated after you have activated Big Tony's Brother (gone into "O Leary's" on Hard) and activated Marco's walk. But it's still not advised because of the randomness of it.

The glitch works by one of the players running to a phone box and keep on tapping Activate on a phone. This takes you into another angle where you are on the phone, if you are killed by the other Player it will say Game Over, press Activate again and you will be facing the phone and be able to move. You will have no health, but enemies won't kill you, normally.

If you go onto the other players screen, you will see that you are just a dead body sliding across the floor, which is weird, but it works.

So, this brings up a strategy for Hard, have Player 1 kill everyone at the start, and give Player 2 the armour at the beginning. Run, kill the sniper up and left from the exit and run to the ringing phone. Keep tapping Activate and let Player 2 kill you.

Player 1 will have no weapons, but not to worry, have Player 1 run down the street and kill the guy with the Tommy Gun, then run down to the Nightclub area and kill everyone there, run back and make sure the Snipers are dead before entering the Pass building. Run in there, kill the people and drain the barrel. While in here, DO NOT use any explosives. One thing about the glitch is explosives will kill you. Don't get the armour as Player 2 needs to stay alive.

Run back to the beginning and let Player 2 activate the car, and then stay well out the way. Player 1 should then destroy the car without dying. Destroy the Whiskey Barrel and pick up stuff.

Have Player 2 activate the guys in "O' Leary's" and run out, have Player 1 kill the enemies. Now have Player 2 activate Marco's walk while Player 1 kills from in front and Player 2 from behind. Let Player 2 pick up the TNT and keep Player 1 outside the building and away from the explosion. Let Player 2 puck up the pass and let Player 1 kill the new snipers, then run down the street and kill everyone. If by now you haven't died then you are lucky. It is still unknown to why you die sometimes, might be by someone shooting your body because everyone's shooting where you should be, but it isn't confirmed. From here on you can just get Player 1 to kill everyone from now on, or if Player 1 is dead, let Player 2 take over.

It is entirely possible for both people to be undead, however, once undead you cannot pause it unless the other player has paused it first and you cannot activate the three events mentioned before. You may randomly die too, so it's not advised both people do it. If both players are dead past the checkpoint, you shouldn't have much to worry about as you can restart from checkpoint and let the last part be simple with both players alive and normal.

It also works in single player as long there's a character under your feet. 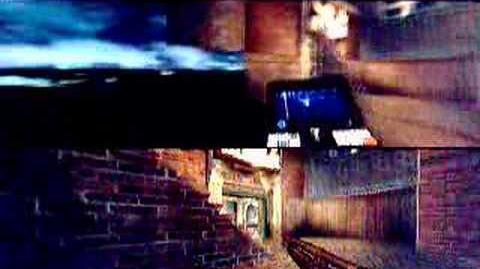